It’s rather difficult these days to talk about the gaming world without coming across conversions about the metaverse. In gaming, the metaverse is defined as a connected virtual universe, similar to what we’ve so far in movies like “Ready Player One” or “Avatar”.  In terms of actual metaverse games, the best and most current example would be “Red Dead Redemption 2” which stood 6 years in development before launch.

How about mobile metaverse games? There’s no doubt that the metaverse is slowly catching up in the mobile industry, especially since the announcement Epic Games made – an investment of $1 billion for metaverse games development. Keep reading to learn more about the main ways mobile games in the metaverse can be developed.

There’s no way of predicting immersion levels in the metaverse as the possibilities are endless. From full body suits and VR goggles to leveraging tech stacks such as Oculus, the future of virtual reality technology in the metaverse games looks brighter than ever. VR for mobile has yet fully materialized, even though AR (augmented reality) dominates the mobile market. There have been rumors that Apple is on the verge of developing an AR technology called Apple Glass, however, the metaverse hasn’t yet gathered the tools necessary to provide the right tracking capabilities.

Thanks to Google and Apple, the world of mobile is deeply rooted in delivering content of all sorts and kinds. And that’s because a lot of the apps come with a fee or subscription following a download. Recently, we’ve seen tremendous improvements in game streaming. Microsoft, for example, recently released Xbox Cloud Gaming for mobile, in an attempt to bring us closer to a metaverse mobile vision. For game streaming to run seamlessly on mobile devices, remote high-speed data needs to go mainstream first. So far, we’ve seen incredible advances done with 5G networks, meaning that there are high chances for mobile gaming in the metaverse to become a reality.

If the metaverse manages to become a next-generation type of internet, it needs to be developed on better, open standards. This means that it will have to be capable of connecting all virtual experiences. In a perfect scenario, the metaverse is open-source – just like the blockchain – and nobody owns it. The problem is tech giants do want ownership of the metaverse, which creates several challenges. The best example is the battle between Apple and Epic Games over Fortnite which eventually ended with the video game being excluded from the App Store. From a business perspective, that’s understandable as the end goal of both Google and Apple is to use their app stores to monetize their business model.

We’ve seen mobile games develop extensively in the past few months. An array of new social features have been added to improve user experiences. From hangout social areas to co-op gameplays and guild mechanics, numerous other user-oriented features are estimated to launch in the years to come. Fortnite and its Roblox are the two main games that managed to give users a taste of the metaverse on mobile. The Roblox platform, in particular, has been very focused on building a metaverse development company framework and providing a fully immersive experience to its players. To reward its creators, Roblox uses the Robux currency that also enables users to trade items. However, a decentralized gaming economy is needed for a metaverse gaming world to thrive.

For a mobile gaming metaverse to have a chance at reaching mainstream adoption, the industry needs all stakeholders to work together to make it happen. The actual metaverse development process goes beyond technology, and apart from state-of-the-art tech stacks, gaming companies will have to collaborate more efficiently with their providers in order to take mobile gaming to the next level. 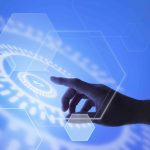 The Potential List Of Cryptocurrencies On The Global Economy 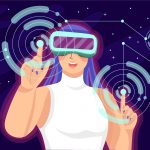 Understanding the role of banking in the metaverse
We use cookies to ensure that we give you the best experience on our website. If you continue without changing your settings, we'll assume that you are happy to receive all cookies on our website. However, if you would like to, you can change your cookie settings at any time.OkRead more