The promise of a virtual digital future: embracing the power of disruptive virtual moving technologies

The promise of virtual moving technologies is fully digital, and in some ways, businesses are already using AI (artificial intelligence), AR, machine learning, big data, IoT, and others, to get closer to their customers, preserve competitive advantage, and increase ROI. In fact, according to Accenture, 88% of business leaders mentioned that they’re currently investing in advanced technologies that could help them build virtual environments.

Companies that leverage AR to create immersive buying experiences for their customers are already merging physical with virtual worlds to develop “real virtualities”. As advanced technologies move forward, organizations have the chance to increase the value of their services and products.

As VR, AR, and AI continue to expand, new markets will open up and new businesses will flourish. Applied and implemented correctly, real virtualities have viable chances of building profitability, boosting efficiency, and increasing productivity. The key to getting started is to think bigger as industries at large are about to be transformed.

Is it possible to examine patients virtually? A new technology developed at Tel Aviv University is on the verge of a breakthrough. Recently, scientists came up with a concept called “electronic skin”, which uses wireless patches attached to the physical bodies of patients. The aim is to detect diseases in unprivileged communities located hundreds of miles away from a medical facility.

Immersive microscopy, yet another access VR application, uses 3D microscopy datasets to provide physicians with better insights into the human body. It’s an opportunity for them to use VR as a therapeutical measure to increase memory in the elderly, as well as combat other health conditions such as PTSD, childbirth pains, or anxiety.

A new language is best learned when being surrounded by people who speak it. Would it be possible for people to immerse themselves in a new country, such as China, to learn Mandarin, for example? Immersive technologies can create such real-life experiences. In fact, the Rensselaer Polytechnic Institute is working on a concept that uses AI avatars and computer-generated Chinese environments to create the perfect virtual moving technologies learning space.

The avatars are capable of recognizing expressions, speech, and gestures. According to the institute, the students enrolled in the program are learning Mandarin two times faster than those attending traditional classes. The same technology can be applied to other studies, such as history where students can “teleport” themselves into a world that will enable them to learn by living in that period of time.

Managing remote teams is more challenging than ever. For international CEOs, it’s difficult to preserve employee engagement and keep their business running from a distance. Virtual reality development company can help them be in 2-3 places at once without traveling anywhere. 85% of CEOs actually believe that investing in VR has a great impact on physical and cognitive performance.

VR technology can also strengthen collaboration among employees. Google currently works on building Project Starline, a videoconference platform that provides CEOs with a space similar to the physical one they have overseas. Co-working space WeWork, recently partnered with ARHT Media to develop workplace holograms and make collaboration feel as close to reality as possible.

The future of virtual reality is bright, and as more tech stacks join the “virtualities” world, it’s safe to assume that the power of virtual is endless. To get started, the first step is to prepare the internal infrastructure for such disruptive technologies to materialize. Security and 5G are vital. For VR to work at full speed, network low latency and data optimization must be looked at in order to benefit from seamless experiences. 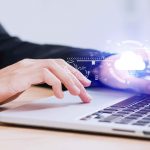 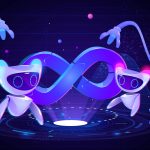 Meta takes a risk and releases BlenderBot, a next-generation type of AI chatbot
We use cookies to ensure that we give you the best experience on our website. If you continue without changing your settings, we'll assume that you are happy to receive all cookies on our website. However, if you would like to, you can change your cookie settings at any time.OkRead more