Usually, when people talk about the next big technology to disrupt the banking and finance industry, blockchain technology dominates the discussion. But virtual augmented reality (AR/VR) could do more to change the fundamental way we interact with the industry at large.

Both of these technologies offer powerful implications for changing the face of banking and finance. Look for developments in any of the following fields to herald an era of change.

At first, it may seem like virtual augmented reality is better suited to video games or cinema than to finance. However, there are key areas in which these technologies promise major change.

It’s a well-known truth that financial markets depend heavily on data. In the past, analysts developed complex mathematical frameworks like sector rotation in Dow theory, which is based partially on phase mechanics lifted from electromagnetic theory.

Now, however, analysts are bombarded by data – there is simply too much to handle. In the near future, analysts will use virtual augmented reality solutions to visualize data in a way that consolidates information to form concrete patterns and trends that people can understand.

SalesForce is already doing this with its CRM solution, and it won’t be long before financial analysts adopt the same practice.

Another area where AR/VR technology can produce impressive results is in trading markets.

Imagine the classic example – the typical office of a fast-paced Wall Street trader’s office is a collection of displays, charts, facts, and figures that are critical to buying and selling assets.

With current technology, traders are confined to those offices because they need all of that information to make trading decisions. With virtual augmented reality, a trader could bring up that information anywhere – using any surface as a screen for showing data. This enables financiers to make snap decisions on market movements as they occur.

The banking sector has long suffered a troubled relationship with customers – almost everyone has gotten angry at their bank for one reason or another.

Fortunately, this situation has improved immensely in the past decade, but AR/VR solutions can truly revolutionize the way customers interact with large institutions.

Instead of physically visiting a bank, waiting in line, and explaining grievances to customer support representatives who may or may not be empowered to fix specific customer issues, customers can go directly to the source.

virtual augmented reality can put an angry customer directly in contact with the person or system that can resolve problems immediately.

Inspired to become part of the burgeoning Fintech AR/VR scene? Get in touch with us and let us know what your development needs are. 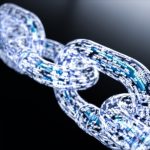 What to Expect from Tomorrow’s Blockchain Healthcare Economy 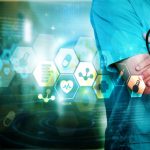 New Healthcare Developments in 2018: What to Expect
We use cookies to ensure that we give you the best experience on our website. If you continue without changing your settings, we'll assume that you are happy to receive all cookies on our website. However, if you would like to, you can change your cookie settings at any time.OkRead more