Why Choose React Native For Developing Your Mobile App?

Created by Facebook in 2015, React Native is commonly used to build mobile apps for iOS and Android. For several years now, it has been an excellent alternative for native-based software development. Its main advantage is that it reduces time and money by enabling cross-platform development. In the following lines, we will dig deeper into some of the benefits associated with choosing React Native to develop a mobile app for your business.

Software developers are well aware of the differences between iOS and Android mobile development. Because we’re talking about two different operating systems, frameworks, and programming languages, maintaining both is a headache. One single platform capable of accommodating both offers a consistent user experience, and that’s the core benefit of React Native.

React Native has been around for about 7 years. During this time, it has managed to develop a large community of supporters and advocates constantly fighting to add improvements. To software developers, the support offered is unparalleled because it means they don’t have to start from scratch when working on a mobile application. Because the coding language involved is singular, bugs in mobile apps created in React Native are reduced. In a business context, it means that an app MVP can be developed a lot faster, thus speeding the launch time and the deployment of a solid first version of the app.

At its core, developing a mobile app with React Native can be extremely time-efficient. And that’s because it comes with live reloading functions. For software developers, it’s a huge benefit because it allows them to make necessary changes in real-time; including fixes throughout the loading process of the app. Also, React Natives comes with a live feature enabling automatic reloads of the mobile app following the changes made.

Developing a mobile app with React Native enables using the same programming language as a code base for both iOS and Android. Yet another benefit is that developers can easily recompile them all without making any changes to the main framework. Other approaches involving Javascript wrap the code in a web view; with React, a component relates to a personal appearance. In simple terms, the majority of the code is written in CSS or Javascript. Following this step, React takes the app, runs it through the Javascript Engine, and provides the benefits of native development, animations, and behaviors without forcing developers to code in Objective C or Java.

To make the app development process easier for developers, React Natives comes with a wealth of readily available libraries and solutions. Testing libraries like Enzyme, Chai, Jest, and Mocha are excellent at writing clean code, free of bugs. In case errors do occur, developers can easily check their code via a tool called ESLint; also, Type Checking can sprint by using PropType of Flow. In terms of libraries, Redux is the most popular. All things considered, React Native does have everything needed to help developers build fast, scalable cloud-native apps.

In general, recently released android mobile app development feature all sorts of bugs. With React Native, a single codebase is involved in the software development process. This means that detecting bugs ahead of time is easier and more streamlined. Also, there’s no need to check different lines of code. The main benefit is that in case an error does occur, there’s a way to pinpoint the exact location of the syntax error without losing time trying to figure things out.

Bottom line is, that React Native for mobile app development is an excellent choice when the end goal is to develop an app for both iOS and Android. Because it enables cross-platform development, it’s convenient, time-efficient, and sustainable. Also, it helps your business deploy and launch the mobile app a lot faster and with little to no errors or bugs.

Looking for React Native Experts? Reach out to AppMaisters today.

AppMaisters Has Been Named One Of The Top Mobile App Development Companies By TopDevelopers.co 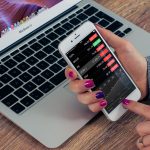 Current Trends And Future Prospects Of The Mobile App Market 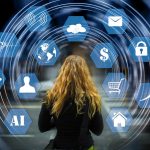 Insights on Using AI To Gain A Competitive Advantage in Business
We use cookies to ensure that we give you the best experience on our website. If you continue without changing your settings, we'll assume that you are happy to receive all cookies on our website. However, if you would like to, you can change your cookie settings at any time.OkRead more