App Modernization: Why and How

For organizations to grow and set themselves apart from the competition, they demand top performance from the systems they use and the applications they deploy. And yet, many still abide by old legacy systems that don’t blend well with modern applications. In the context of IT, app modernization can be better described as the process of “revamping” old apps and the platforms they’re running on. The ultimate purpose is to bring them back to life via updating or replacing old capabilities and features with modern ones.

Operating in the digital era – a never-ending challenge

When legacy systems were implemented, the world didn’t anticipate for the digital to have such a powerful kickoff. Companies were not prepared to change, and to date, very few acknowledge the importance of ditching the old in favor of the new. Banks, for example, are in a dire need of app modernization because increasingly more customers are going to digital transformation consulting.

As a consequence, they want their experience to be seamless, user-friendly, secure, and ultimately, combine functions that they actually use on a daily basis. The need to become more agile is more acute than ever in all fields. Little by little, companies of all shapes and sizes are realizing that new systems can do what they say they can do – be fast while catering to the exact pain point of the daily consumer.

Wholesale app rebuilding could be one option for modernizing legacy systems. However, rewriting an old system made up of tens of millions of lines of code could take years; maybe months using automated migration tools and advanced no-code or low-code environments. Regardless, it’s a lot of time wasted that companies don’t have.

Service decomposition is a strategy that many have already embraced. In simple terms, it means taking the old application and breaking it into multiple components. This way, maintenance becomes easier and development becomes more independent. Using APIs, the next step would be to expose the components as “containerized micro-services”. The approach has become rather popular among numerous companies, but it’s not necessarily used to modernize a legacy system.

Instead, service decomposition – aka. relocating systems on a different platform to pay less – implies extending the lifecycle of the legacy system. By making it interact with the digital, it becomes scalable and more efficient.

There are several options that must be considered prior to jump on the app modernization path. In general, there are three types of paths one can consider:

1:- App rebuild (rearchitecting, refactoring, rewriting) – an approach that involves maintaining the app’s original specifications and scope, but rewriting some parts from scratch. If the initial code is modified and brand new architecture is developed, the process morphs into app ‘re-architecting’. And when the code is improved and restructured without altering the outside behavior of the app, the process is called ‘re-factoring’.

2:- Rip & replace – an approach that breaks the original app apart, replacing all functionalities with a brand new app that can better suit the demand of the company in question. However, ‘rip & replace’ is an expensive option that very few companies today are willing to choose. Above that, the end result may not live up to the technical changes, so it’s best to assess options carefully prior to making a final decision.

3:- Replatform – an approach that involves relocating from the mainframe to a new infrastructure, cloud-based or physical, without impacting or changing the original code and features. Ig, however, minor changes are done to the app’s features or code during the migration process, the process morphs into application ‘re-platforming’.

The smartest way of initiating an app modernization strategy begins with a complete application assessment, taking into account the difficulty levels of the modernization process, as well as the value it brings to the business process and customer experience. For companies that demand app updates, it is worth pointing out that some of their applications may not need complete reframing. To make sure they address modern business needs, modernization should begin with a thorough analysis of the original DNA of the software. 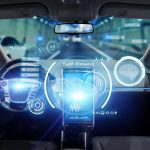 The future of mobility after COVID-19 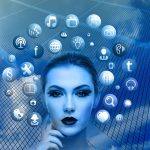 Win big in the new app economy – evolution is key
We use cookies to ensure that we give you the best experience on our website. If you continue without changing your settings, we'll assume that you are happy to receive all cookies on our website. However, if you would like to, you can change your cookie settings at any time.OkRead more