An overview of the Cloud Continuum & its three core enablers

For some, “cloud continuum” is the buzzword of the year in the tech world. For others, it’s not a trend but a revolutionary step that bridges the gap between the digital world and the physical world. In simple terms, the cloud continuum aims to introduce new services that enable the complete distribution of intelligence across a variety of connected devices such as cars, toasters, heating systems, and additional smart devices powered by the IoT.

Often described as a topology rather than a technology, the cloud continuum brings together multiple cloud-based technologies and enables them to work together. Basically, it expands between distributed and centralized computing, merging the public cloud, data centers, and distributed other computing systems. The three technologies enabling it are 5G, edge computing, and the hybrid cloud.

A closer look at the enablers of the cloud continuum topology

Even though it emerged several years ago, the cloud continuum didn’t have the technology and the infrastructure to fully emerge. Back in the 2000s, the IoT alone could face the challenges lying ahead. Ten years later, when containerization technology boomed, cloud development technology was finally able to use containers for easy deployment across getaways and servers. As for the cloud continuum, one of its core benefits is that it can handle building topologies, enabling data to flow and easily be processed via interconnected nodes.

Now that 5G has gone mainstream, with the low latency, speed, and capability to support numerous devices, the cloud can be connected to edge computing technologies. A fundamental pillar of the cloud continuum is the cloud itself. Market providers have demonstrated that the technology can be democratized. AI, big data, and compute infrastructure have compelled organizations to move even further, launching different services and products powered by VR, IoT, and robotics.

The hyper-converged infrastructure in the cloud continuum

Hardware vendors and hyper-converged infrastructures play a fundamental role in the cloud continuum. Both enable easy data processing under various circumstances such as:

Seamless connectivity is what makes the cloud continuum function at full capacity. Telcos, its main enabler, can provide unique computing points to the network, as well as private and public 5G connectivity. For instance, 5G streamlines management and servicing, allowing users to set up their own preferences and download a myriad of applications. In the future, with the help of cloud continuum technologies, we will be able to fully operate smart devices using only 5G.

To many market players, the cloud continuum is a new technology with potential and viable chances of reaching mass adoption. As a consequence, many are looking to get a headstart to gain a competitive advantage. Much like cloud-based digital natives such as Uber, Airbnb, and Netflix, the continuum paves the way to creating even more disruption in the tech sector.

To become a market competitor, the key is to set up a framework, or better said, a set of behaviors such as:

Bottom line is, that the cloud continuum shouldn’t be seen as a destination. It’s a complex operating model that enables businesses to make the most of cloud computing as a technology. Because it uses the interlocked capabilities of the cloud, it should be treated as an innovation engine that powers a stream of improvements to develop custom experiences.
Looking For a Cloud Computing Expert? Reach out maisters today 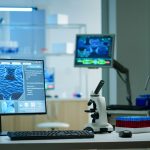 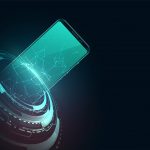 “Super-apps”, the next-generation of applications: a threat or an opportunity?
We use cookies to ensure that we give you the best experience on our website. If you continue without changing your settings, we'll assume that you are happy to receive all cookies on our website. However, if you would like to, you can change your cookie settings at any time.OkRead more