Most of the mobile app development companies in Dallas widespread adoption of Microsoft Windows, Microsoft Dynamics, and Microsoft 365, Microsoft Azure prides itself on having the most powerful customer base at an enterprise level. The main benefits of Azure are related to the seamless integration of proprietary tools such as Power BI, Microsoft Cloud for Manufacturing & Retail, and others.

Microsoft provides 9 IoT cloud-based services, with IoT Hub being the most used one. Widely used for data Ingestion, IoT development company Hub provides device management, secure communication, and device provisioning. Since the beginning, Microsoft has considered the IoT a top technological priority. The company seeks to make the IoT simple to use by industries and companies at large, its ultimate goal being to help them improve cohesion and interoperability with additional IoT-based services across the value chain.

Edge computing and industrial IoT are a top priority at Microsoft. Via Azure Sphere, the company enables businesses to combine Digital Twin technology, Azure IoT, and Mesh to digitize things, places, and people. The end goal is to speed up the analysis, visualization, and simulation of business processes. One of Microsoft’s customers, Ecolab, uses Microsoft’s IoT tools to develop a platform that can optimize water management. Kennametal, another Microsoft customer, uses IoT and Microsoft cloud services to optimize and monitor the performance of manufacturing operations for its  Orwell factory.

AWS for the diversity of iOT cloud services

When Amazon Web Services (AWS) was launched, it immediately drew attention with its variety of available public cloud services. As of February 2022, over 200 different services can be accessed on the AWS platform. On top of that, the AWS cloud has a stable developer ecosystem and a notable customer footprint.

In terms of strengths, AWS provides easy setup, streamlined learning, and numerous tutorials on how to get started. Serverless computing is yet another core benefit and offerings such as Athena and Lambda make AWS a top competitor for Microsoft’s IoT Hub. AWS’s IoT Core is the service that provides bi-directional communication for IoT-powered devices. It uses HTTPS and MQTT protocols, as well as numerous device management capabilities. The main differentiation from Microsoft is that AWS comes with specialized features.

Armed with the largest portfolio of IoT services of the three mentioned, the company continues to add more. Recently, AWS IoT FleetWise and AWS IoT TwinMaker were launched at re:Invent Conference. Other relevant services were also introduced, including AWS IoT ExpressLink and Private 5G. The end goal of AWS is to expand its offering beyond general cloud tech stacks and focus its attention on developing use case-specific services.

Google Cloud for managing containers in the cloud

Even though Google Cloud application development company has yet to adopt innovative cloud technologies, it occupies the 3rd position in the cloud computing market due to its Kubernetes platform. Kubernetes is an open-source orchestration platform designed to manage containers in a cloud-based environment. Over the years, Google has managed to preserve its reputation in data organization, Big Data, analytics, and more recently, in machine learning and AI.

Cloud IoT Core is Google’s top cloud service. It can be easily combined with additional Google Cloud services to develop complete IoT solutions. Similar to IoT Hub from Microsoft, the IoT Core is integrated into Google’s general analytics tools for data management and processing. However, as opposed to the above competitors mentioned, it doesn’t offer IoT data services, such as AWS’s IoT Analytics.

The bottom line is the three IoT cloud platforms mentioned above are the industry’s top market players. Depending on the size of a business, goals, and priorities, leaders are advised to assess their IoT strategy prior to making a final choice in switching to a cloud environment. 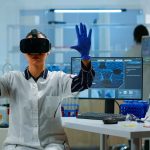 Medical Software Development: An overview of a booming industry
App Maisters Inc Embellishes The Growth Factors for Your Business
We use cookies to ensure that we give you the best experience on our website. If you continue without changing your settings, we'll assume that you are happy to receive all cookies on our website. However, if you would like to, you can change your cookie settings at any time.OkRead more