Extended reality XR is a new tech term you may be hearing here and there, but what exactly does it mean and how does it impact healthcare?

What Is Extended Reality XR and How Can It Apply to Healthcare?

Extended reality XR has tremendous potential in healthcare. Let us get clear on the definition so you can understand the fantastic opportunities it represents. To best understand XR, you need to understand its three “family members,” namely, virtual reality augmented reality and mixed reality. Here they are, along with some potential healthcare applications.

First, we had the concept of virtual reality or VR. This concept came into public consciousness in the 1990s in the “cyberpunk” fiction era, and it entails people entering into a virtual world (usually with a headset or other connective device in science fiction movies). The Matrix movies were about virtual reality.

VR has many applications in healthcare. Virtual reality could be used, for example, to train residents to complete surgeries. It can also be used to help patients endure extreme pain or deal with fears before surgery.

Augmented reality or AR is using a computer device to imprint virtual information on top of the real world. Google Glass was an early example of AR. The game Pokemon Go is a great example – people who play can “see” monsters through their phones imprinted on their surroundings.

Augmented reality has many applications in healthcare, from helping surgeons get additional information while at the operating table to keeping a nurse’s hands-free of a chart while caring for a new patient.

Mixed reality (MR) is often confused with augmented reality, and some may argue they are the same thing – but the main difference is that MR tries to insert digital objects into the real world as if they were real and solid. Think Pokemon Go on steroids.

Mixed reality in hospitals could be used to help patients with rehabilitation after a serious injury or illness.

Now that you understand VR, AR, and MR, you understand XR, because it is all of the above! XR is now the “umbrella” term for all virtual, augmented, and mixed realities.

How Extended Reality Is Revolutionizing Healthcare

As you can already see, XR technologies have a lot of immediate applications in healthcare services. One way XR is being used to help surgeons is to provide full-sized 3D VR models for people. A successful prototype was used to help view the hearts of conjoined twins in 2017.

Another XR innovation is the Holographic Navigation Platform, which allows surgeons to track surgical markings and screws in patients. This is just scratching the surface of what XR technology can do in healthcare.

XR: Coming Soon to an ER Near You

For healthcare companies, XR offers exciting possibilities to improve diagnostics, patient care, and medical innovation. With the increasing incorporation of virtual technologies into our medical system, healthcare services will never be the same. 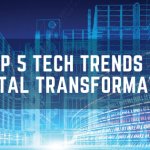 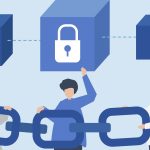 Blockchain Technology Impacting CFOs
We use cookies to ensure that we give you the best experience on our website. If you continue without changing your settings, we'll assume that you are happy to receive all cookies on our website. However, if you would like to, you can change your cookie settings at any time.OkRead more