There is a science behind Technology Disruption.

While the rest of the world is aware of disruption, but unable to plan for it, ambitious entrepreneurs who are familiar with its laws use these rules to their advantage.

Sociologist and communication theorist Everett Rogers broke technology disruption down to its principal five elements more than five decades ago in his pioneering work Diffusion of Innovation.

The five stages that Everett defined are knowledge, persuasion, decision, implementation, and confirmation.

But these don’t map perfectly to the way disruption works in today’s complex industries and environments. A more precise, four-stage process does the job better.

Mapping the Progress of Technology Disruption

Systems – whether they are governments, corporations, or individual technologies – grow more complex over time as they respond to more and more individual needs. This taxes the resources that each system draws upon to meet those needs, leading the way for more direct, self-sustaining systems that fit into the niche created by each branch of the larger, more complex system.

This environment creates the conditions for today’s disruptive technologies in four stages:

Are you ready to develop your disruptive idea into a real, working prototype technology? Become the entrepreneur behind The Next Big Thing and rely on our development team to make it happen.

How Customer Service Leaders are Thriving Alongside Artificial Intelligence 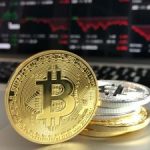 Blockchain Technology is Entering the Music Industry
We use cookies to ensure that we give you the best experience on our website. If you continue without changing your settings, we'll assume that you are happy to receive all cookies on our website. However, if you would like to, you can change your cookie settings at any time.OkRead more