As the benefits of cloud technology become recognized by businesses at large, standard organizational structures and traditional security roles are going through a serious transformation. Conventional app development, before the materialization of the cloud, involved close collaboration between teams with different areas of expertise. Whether security, networking, or infrastructure, the process was self-contained and highly dependent on every team.

The downside was that teams shared siloed responsibilities, oftentimes creating friction between processes. In application development, the traditional model is still used today in deployment; a practice that slows businesses down from scaling. Cloud technology, however, has managed to smoothen the process by providing several added benefits such as simplicity, automation, and abstraction, among others.

The benefits of implementing a cloud-native infrastructure

One of the core benefits of implementing a cloud-native infrastructure is automation. In general, automation leads to faster rollout and deployment time but also improved use of resources. Furthermore, there’s no need to hire more people to handle the application development processes, thus saving money. Because processes are automated and abstracted, only a small team is required – mostly cloud technology DevOps developers –  to handle a project from start to finish.

When it comes to reframing organizational structure and security roles, it’s worth pointing out that there’s no exact model for getting it done right. In a cloud-based environment, DevOps differs from the traditional model, where tasks are divided between roles like security, networking, infrastructure, and DevOps engineers. In the cloud technology, the roles mentioned are not siloed, meaning that there’s one predominant role, the cloud DevOps engineer.

The cloud technology DevOps engineer: the all-in-one engineer for app development in the cloud

A cloud-based DevOps engineer is an all-encompassing role that includes security, networking, and infrastructure combined. The role makes use of tools that enable improved abstraction, thus simplifying processes and streamlining overall app development. The main challenge is that a cloud DevOps engineer needs to build know-how across numerous types of tools and multiple domains. Currently, there’s a role scarcity in the market, as organizations must invest in training and coaching their traditional DevOps engineers to become cloud DevOps engineers.

For organizations to make the most of cloud app development company, it’s worth mentioning that the traditional DevOps role shouldn’t be ignored. On the contrary, it should serve as a starting point in training the people who already know traditional DevOps and helping them become cloud DevOps engineers. As far as organizational structure is concerned, there are several approaches worth taking into consideration. For example, leaders can consider rethinking processes via tools that work in a cloud-based environment. Rather than implementing automation, outsourcing automation could be a better alternative, especially when the business cannot afford the extra investment of automating processes in-house.
Team structure must also be reframed, as well as a complete redesign of their approach to mobile app development dallas. In the absence of a legacy mindset, smaller startups have a lot to teach older companies about the cloud; and that’s because they’re cloud-first companies. They’re used to centralizing functions and roles into one persona, and that’s the cloud DevOps engineer. For any organization to get a competitive advantage in app development on the cloud, learning about cloud computing and implementing new and innovative cloud-based processes is the key to having a modern, user-friendly, and intuitive end product. 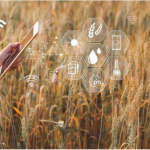 IoT Sensors, The Key To Automating Processes In Agriculture 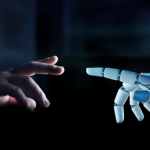 The promise of a virtual digital future: embracing the power of disruptive virtual moving technologies
We use cookies to ensure that we give you the best experience on our website. If you continue without changing your settings, we'll assume that you are happy to receive all cookies on our website. However, if you would like to, you can change your cookie settings at any time.OkRead more