Self-driving cars are currently faced with a lot of distrust by consumers.

This is even truer now since recently a few highly-publicized automobile accidents occurred with an artificial intelligence behind the wheel, instead of a human.

This may be bad news for manufacturers of AI-driven cars. But new developments in artificial intelligence (AI) may help ease the fear of self-driving cars. Emotion tracking is a new innovation that could change people’s perceptions of electric car safety.

The Challenge of Selling Self-Driving Cars

The self-driving car has been a science fiction fantasy for many decades now. In the 1980’s television series, Knight Rider, actor David Hasselhoff played an independent investigator who solved crimes and protected the innocent with the help of an AI-driven car named KITT (Knight Industries Two Thousand).

While KITT had a personality and the ability to use weapons to foil the bad guy’s plans. AI-driven cars today are not far off from this once fictional technology. Still, in the aftermath of a few high-profile accidents with self-driving passenger cars, a full 73% of Americans would be afraid to ride in a KITT-like car, which is up from 63% in 2017.

This is why auto manufacturers are looking to incorporate emotion tracking, which would make today’s cars even more “KITT-like”.

Here are some of the concerns with automated vehicles:

1. How Does the Automated Car Make “Decisions”?

Self-driving cars bring up a lot of issues for the AI machine learning developer who’s programming the car. How does the car decide who gets to live and die if a choice has to be made? Does the car swerve to avoid hitting a pedestrian while putting the driver and passengers in jeopardy?

2. Can a Car Be Programmed to be Reliable in Varying Conditions?

What happens if the AI-powered car gets into a snowstorm or has to deal with an accident? Can it adjust to changes in weather and environment?

3. Do I Have Any Control Over the Car?

People today don’t like the idea of giving up control of their driving to a computer, especially one they don’t fully trust.

However, we can also foresee a day where the opposite becomes true, and AI cars are seen as more trustworthy, compared to “flawed”, all too human drivers.

Given the PR problem with automated cars, some scientists and AI developers are looking at ways to improve the technology through advanced AI development and emotion tracking.

For example, artificial intelligence could be used to teach cars how to read human emotions. This AI-driven car could then, for example, slow down if the passengers appear to be scared or frightened during a road trip.

Looking for a Qualified AI Developer?

Whether you are working on an AI vehicle or not, if you need an AI consultant, let App Maisters help you. Contact us today for a consultation. 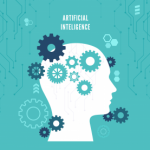 Artificial Intelligence: Are You Falling Behind? 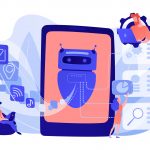 Improve Customer Service by Upgrading Your Chatbot with Conversational AI
We use cookies to ensure that we give you the best experience on our website. If you continue without changing your settings, we'll assume that you are happy to receive all cookies on our website. However, if you would like to, you can change your cookie settings at any time.OkRead more